The mission of the Ute Mountain Ute Tribal Historic Preservation Office (THPO) is to carry out the Tribe's commitment to preserve and promote the cultural heritage of the Ute people on all Ute Ancestral Lands. This broad goal will be achieved through the following actions:

• Plan and implement protocols for the preservation and management of the cultural and historic properties on tribal lands.

• Consult with local, state, and federal agencies and other interested parties on the management of the Tribe's historic properties' and other cultural resources.

• Facilitate the repatriation of affiliated human remains, sacred objects, and items of cultural patrimony to the Tribe.

• Educate and inform tribal members and the general public regarding the rich cultural heritage of the Ute people and their land.

As a formal participant in the national historic preservation program, a tribe may assume official responsibility for a number of functions aimed at the preservation of significant historic and traditional historic properties. Those functions include identifying and maintaining inventories of culturally significant properties, nominating properties to the National and Tribal Registers of Historic Places, conducting National Historic Preservation Act (NRHP) Section 106 reviews of federal agency projects on tribal lands, and conducting educational programs on the importance of preserving historic and traditional cultural properties.

Chronology of the Utes

All cultural resources on Ute Mountain Ute Reservation lands are subject to oversight by the Tribal Historic Preservation Office (THPO). The THPO was established by Tribal Resolution in 2009 and a Cultural Resource Management Plan (CRMP) was developed to guide all cultural resource work.

As stated in the letter dated December 18, 2009 (Appendix C of the CRMP), the Director of the National Park Service has formally approved the Ute Mountain Ute Tribe to assume certain State Historic Preservation Officer duties within the exterior boundaries of the Tribe's reservation in Colorado, New Mexico, and Utah.

As stated in 36 CFR 800.2(c)(2)(A), the Tribal Historic Preservation Officer (THPO) appointed or designated in accordance with the NHPA is the official representative for the purposes of Section 106. As such, agency officials shall consult with the THPO in lieu of the SHPO regarding undertakings occurring on or potentially affecting historic properties on tribal lands. This includes those historic properties within the Ute Mountain Tribal Park and the Ute Mountain Ute Mancos Canyon Archaeological District.

Flowchart of procedures for projects on tribal lands

Do's and Don't of Cultural Resources

Applicable to all reservation lands of the Ute Mountain Ute:

Please list the permit types, and put a button that links to "download all permits" which will be a single pdf.

Cultural Resources Permits for fieldwork are required on all Ute Mountain Ute tribal lands. Fieldwork conducted without the proper permit(s) is illegal and will result in prosecution pursuant to the Archaeological Resources Protection Act (ARPA) (43 CFR Part 7).

Tribal members are only required to obtain the necessary permits if excavation or disturbance of an archaeological or historical site is to occur. Tribal members do not need a Visitation Permit or an Ethnographic Study Permit.

Complete and return forms and submit permit fee to:

Visit us on social media: 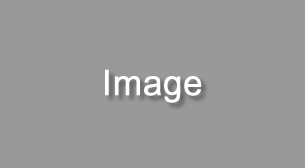 He is the director of the Justice Departrment located in the tribal complex building.